“Extremely Loud & Incredibly Close” and “Albert Nobbs,” part of my weekend viewing, are good examples of the more difficult movies to review. Both take promising ideas, utilize things like acting and script well, but fail to make anything exceptional of it. Sure, Tom Hanks and Glen Close are acting gems, rarities in their field. No one’s surprised to hear they both gave commendable performances (unless you saw Hanks’ other 2011 release). But on the whole, these movies were disappointments, promising ideas misused. Anyway, excuse my brevity just this once. A short review is better than none, I suppose. 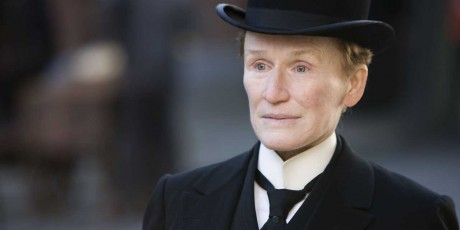 In “Albert Nobbs,” Glen Close plays a woman in 19th century Ireland who must dress like a man in order to earn a respectable living. When she makes a friend of a woman in a similar situation, they share the secrets of the skill and help each other accomplish their dreams. Glen Close, who always did have a touch of masculinity in her look, imitates the walk and posture of a man rather well. Her costar Janet McTeer (both, I’ll remind you, in Oscar-nominated roles) is just as impressive, though her 6’ 1” frame doesn’t hurt. In any period piece, costumes and set design come into play—in “Albert Nobbs,” both seem fitting. Coupled with the genuine script and mellow score, “Albert Nobbs” isn’t a bad movie—it just isn’t very good, either. 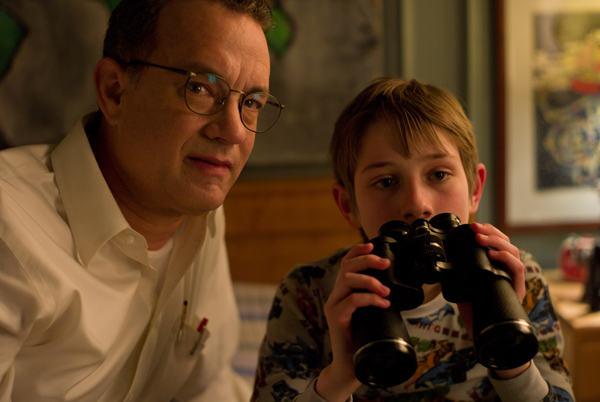 “Extremely Loud & Incredibly Close” stars newcomer Thomas Horn (who was found by producers while he was on and episode of “Kid’s Jeopardy”) as Oskar, a special kid who goes on the adventure of his young life to somehow get closer to his deceased father (Tom Hanks), who died in the September 11th attacks. He meets countless people on his journey while his mom (Sandra Bullock) waits home for his arrival each night.

Hanks and Bullock are great together (though we don’t see much interaction between the two) but apart they’re perfect. Both have such emotional depth, vital for such a raw, powerful story. Thomas Horn is a bit irritating, an acquired taste. An Oscar-nominated performance by Max von Sydow is good, but not of such a high caliber as his co-nominee Christopher Plummer. Of the Best Picture nominees of 2011, “EL&IC” isn’t the worst—unfortunately, I’d have to say both “Moneyball” and “The Tree of Life” managed to turn me off much worse. It wasn’t bad…but it wasn’t great either.