The Crimson Bolt and Boltie may just be the most awkward superhero couplet since “SNL” last showed an episode of The Ambiguously Gay Duo. Armed with a wrench and crudely-made pipe bombs, the pair (Rainn Wilson and Ellen Page) fights crime as they mock the citizen vigilante genre, attacking those who rob and molest and cut in line at the movie theatre. Their mission? To find and rescue the Crimson Bolt’s (who also goes by Frank) wife (Liv Tyler), who has been stolen away by rich drug dealer Jacques (the new, creepy Kevin Bacon) and to strike revenge thereafter. When their lack of experience begins to get the best of them, the pair encounters occupational hazards.

Unfortunately, Rainn Wilson isn’t at all convincing in the lead role…he’s better suited in supporting roles (and more comical ones). In time, “The Office” star may actually pull off a leading role…but give him time, Hollywood. Fortunately for him, the rambunctious and off-the-wall Ellen Page is fantastic as his sidekick. Wilson’s chemistry with Liv Tyler is worse than weak (though that’s partly intended) but his short romance with Page is straight-up creepy (most definitely intended…I hope). Kevin Bacon has entered an unfortunate new creepy, comical stage in his career, with “Beauty Shop” and “Crazy, Stupid, Love” in his credits within the past 7 years. Here, he’s just as out of place. 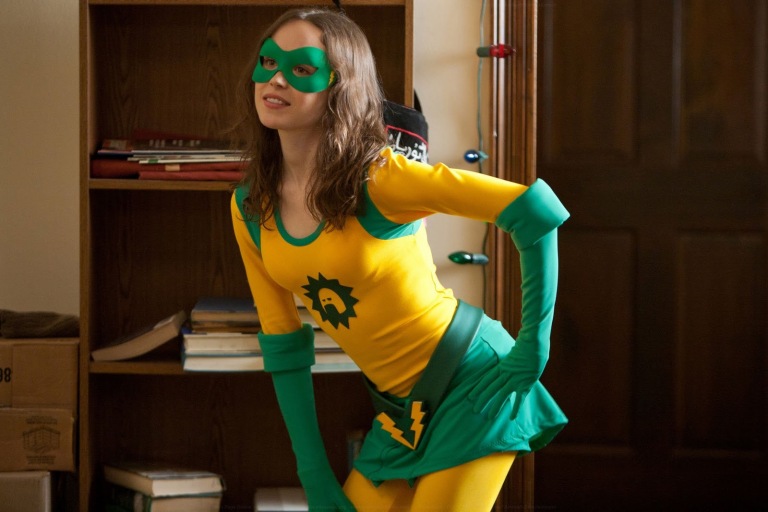 Under all the bloody violence and sexual tension, “Super” actually has some heart. The Crimson Bolt likes to speckle some Dark Knight-esque quotes about the true meaning of being a hero in there, compliments of writer-director James Gunn (“Dawn of the Dead”). And the ending mingles joy with tragedy, a somewhat unpredictable (and refreshing) surprise. But at some point, you have to lower your expectations for IFC movies. From the makers of the “Human Centipede” trilogy, you can’t expect a straight-forward, standard film. There’s no denying its cult following, but IFC is a love it or hate it movie-maker. Wilson can’t convince me he deserves a starring role in anything, Bacon can’t shed his new creeper image, and even the former “Juno” star Page can’t save this superhero movie from its kryptonite. It has promise – but in the age of the superhero epic, “Super” can’t hold its own.