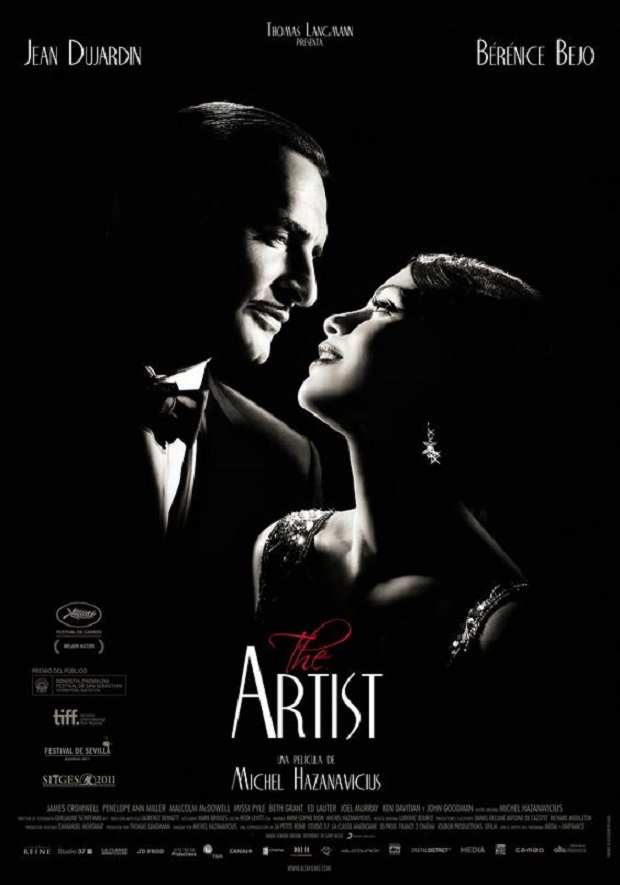 I am in college. It shouldn’t be surprising to most that many college students have a hatred (we’ll call it a misunderstanding) of silent films. Whether this is due to the generation gap (about 80 years has passed since silent film was in charge of Hollywood) or our ever-growing technological landscape, has yet to be determined. In 2011, The Artist became the newest major addition to the silent film canon. But why all the hubbub? Classic silent titles such as Intolerance, The Cabinet of Dr. Caligari, and Battleship Potemkin all fail to impress IMDb users as much as The Artist. How much of that could be due to The Artist’s hype, Oscar wins, or general freshness? Probably quite a bit. I’ve never been a fan of silent films. I’ve never even enjoyed black and white films too much. I always wondered how film began looking the complete opposite of real-life (without color or sound) and took forever to look like real life. It seems like it would be more difficult to make video so much UNLIKE real life. Now cameras come with black and white settings, and people pay MORE to have these old-fashioned features.

Sorry, I’ll move on to The Artist. What a clever use of silence to tell a story about silent film. Unfortunately, what little written dialogue there was failed to impress me. It all seemed simple and conversational, not thought-provoking and emotional like I’d hoped. If I had a few days, I could have written that dialogue. The directing and acting, on the other hand, is tough to beat. Jean Dujardin, in the lead role as a silent star living in a “talkie” world, can flip with tremendous speed between distress and joy, rage and complacency. But did silence help him? Sometimes it’s sound that takes away from a performance’s legitimacy. For example, Orson Welles’ raging attack on his bedroom in Citizen Kane seemed somehow less realistic by the sounds he grunted as he went along. Granted, the sounds of his belongings crashing to the floor would have helped Dujardin, but his lack of grunts and various other hard breathing sounds could have only helped him. Not cheating by any means, but possibly a bit deceiving. The soundtrack ran like the days of ole, with little editing and awkward pauses whenever a song would end. It was genuine, and it tried really hard to be like a classic silent film-era film, but that may have been its downfall. The adorable Jack Russell terrier Uggie, who you all probably saw on the Oscar trail, steals the show. Absolutely makes The Artist so much better. And Dujardin works perfectly with him, from playing dead to synching movements. The other stars, including Berenice Bejo, John Goodman, and James Cromwell, were wonderful, but it was the leading man and his best friend that spoke volumes for me. And the film pays great homage to its predecessors; even the opening credits are reminiscent of the era of silent films. The Artist is a delightful reprise of the silent film (and it looks even better if you adjust your TV screen to be just a little blurry to take you back to the silent film era) but expect a silent film. And if you don’t like silent films, beware.

5 thoughts on “Does ‘The Artist’ speak to this generation?”