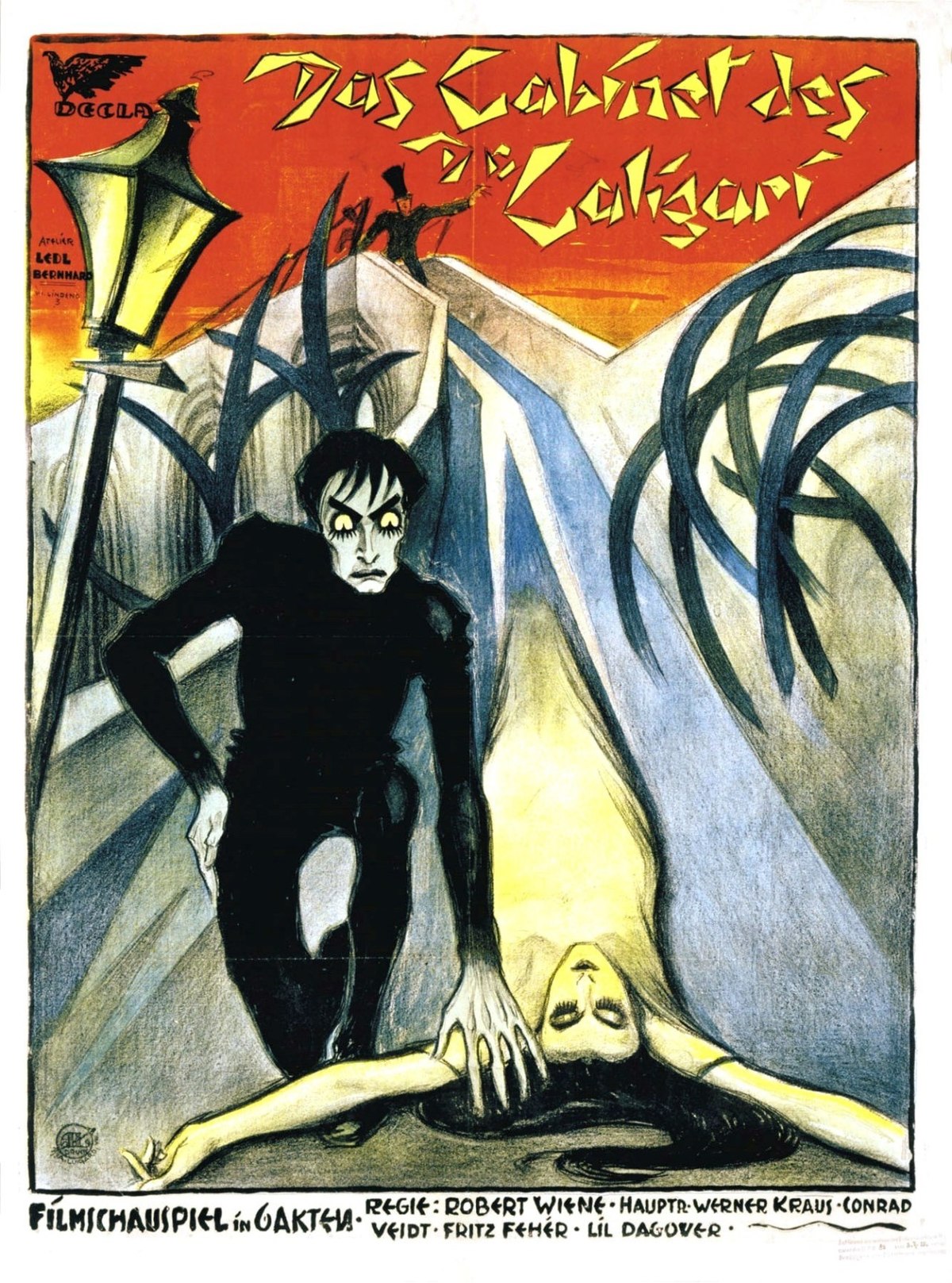 While IMDb often delegates multiple genres to movies, listing them as “drama/romance” for example, “The Cabinet of Dr. Caligari” needs only one genre…horror. And that is exactly what it is: pure, unadulterated horror. Director Robert Wiene had to film this clever and disturbing film completely on a set, but it managed to utilize its limitations to its advantage.

Dr. Caligari (Werner Krauss) thinks an upcoming local carnival will be the perfect spot to debut his new act, a fortune-telling somnambulist (in essence, a sleepwalker) named Cesare (the bone-chilling Conrad Veidt). Soon, fortunes predicting new deaths are followed by actual deaths amongst the small town, leading many to believe the creepy sleep-walker is being controlled by Dr. Caligari to kill. Francis (Friedrich Feher), a local man, investigates when his friend is murdered. Soon, Francis’s love interest Jane (Lil Dagover) is taken, leading Francis to recklessly hunt the killer. But will the hunter be the hunted? Can he reach Jane before it is too late? 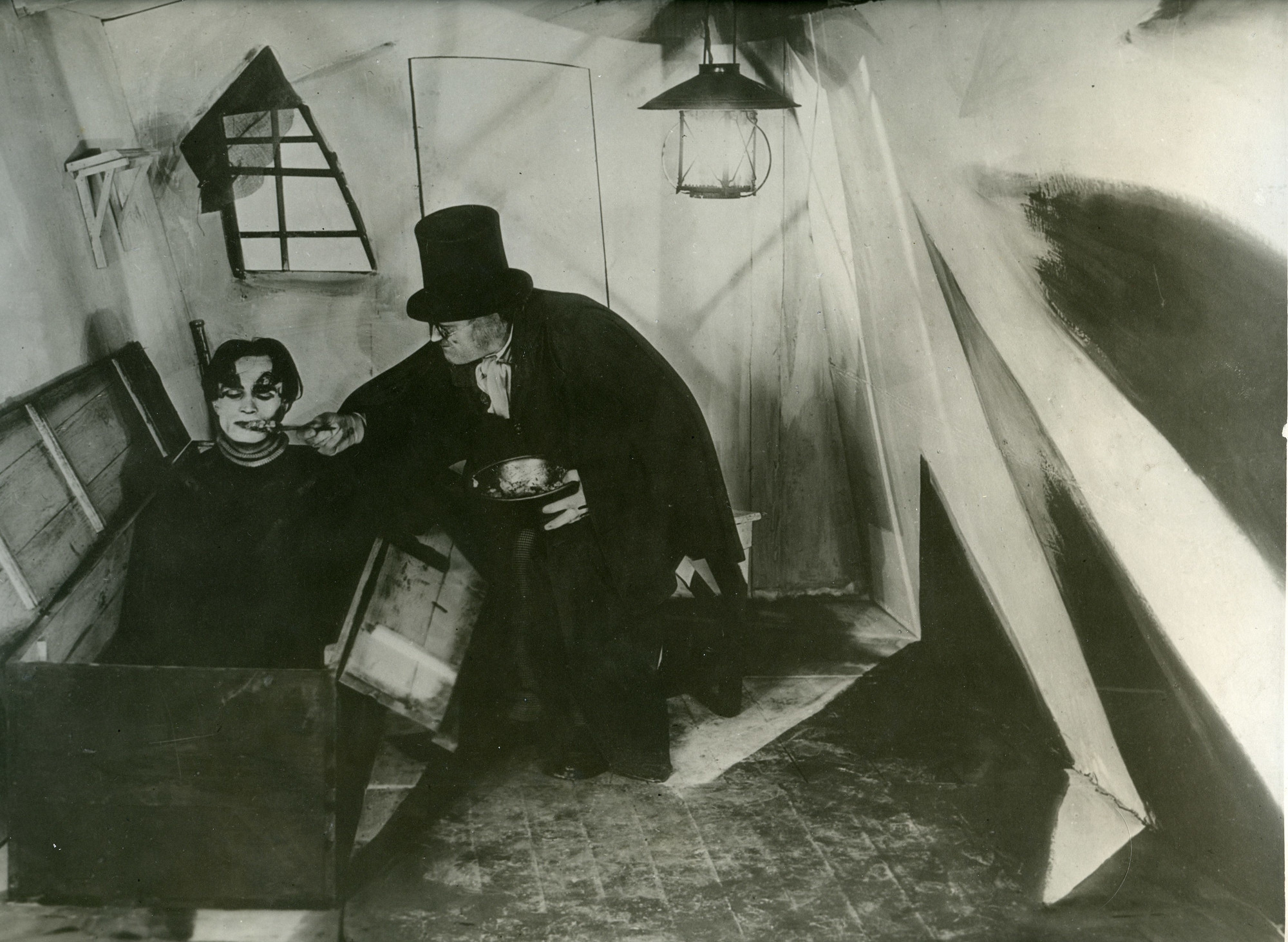 When it comes to terror, silence is golden. Using expertly timed guitars, synthesizers, pianos, and brass instruments, “The Cabinet of Dr. Caligari” (and especially composer Alfredo Antonini) created incomparable suspense. With loud fits of synthesizers and cymbals, the score’s unpredictability is its key asset. At times, the music sounds like dying howler monkeys, a train braking on a dime, or the eerie sound of metal hinges in need of WD-40. It’s delightfully creepy. Terrible music makes for terrifying music. One scene in particular is one of the most startling and frightening moments I have ever seen in a film outside of the “Paranormal Activity” franchise (bash me if you want, but those movies have—to this day—caused me to lose sleep). Anyway, music is flawlessly timed, which is necessary for a silent film to be suspenseful. Such an enigmatic character as Cesare benefits greatly from silence. His lines are just as terrifying written on a screen, believe me.

A brilliant but simple mystery keeps the audience guessing. And the ending…I won’t give anything away, but you’ll have to watch it. The tinting of the original film makes for an ominous, eerie effect, and the blacking out of some backgrounds in scenes is also quite creepy. What a smart way to increase the tension, especially for 1920.

“The Cabinet of Dr. Caligari” is one of the creepiest, cleverest, and most exciting movies I’ve ever seen…and when I first saw it, I thought I hated silent films!

One thought on “‘Dr. Caligari’ is easily the second scariest German ever”