The harrowing tale tells the story of Bruno (the spunky Asa Butterfield), a bright young explorer and son of a Nazi soldier (David Thewlis, Harry Potter’s Remus Lupin), after his family’s recent move to rural Germany. As Bruno becomes increasingly bored, he begins to venture further off the family property, disobeying his mother’s (a deeply emotional Vera Farmiga) strict orders. Eventually, he finds solitude in the form of a young Jewish boy (Jack Scanlon) living in the internment camp behind their home. Bruno risks everything to befriend the “evil” boy, but will fences keep these friends apart? 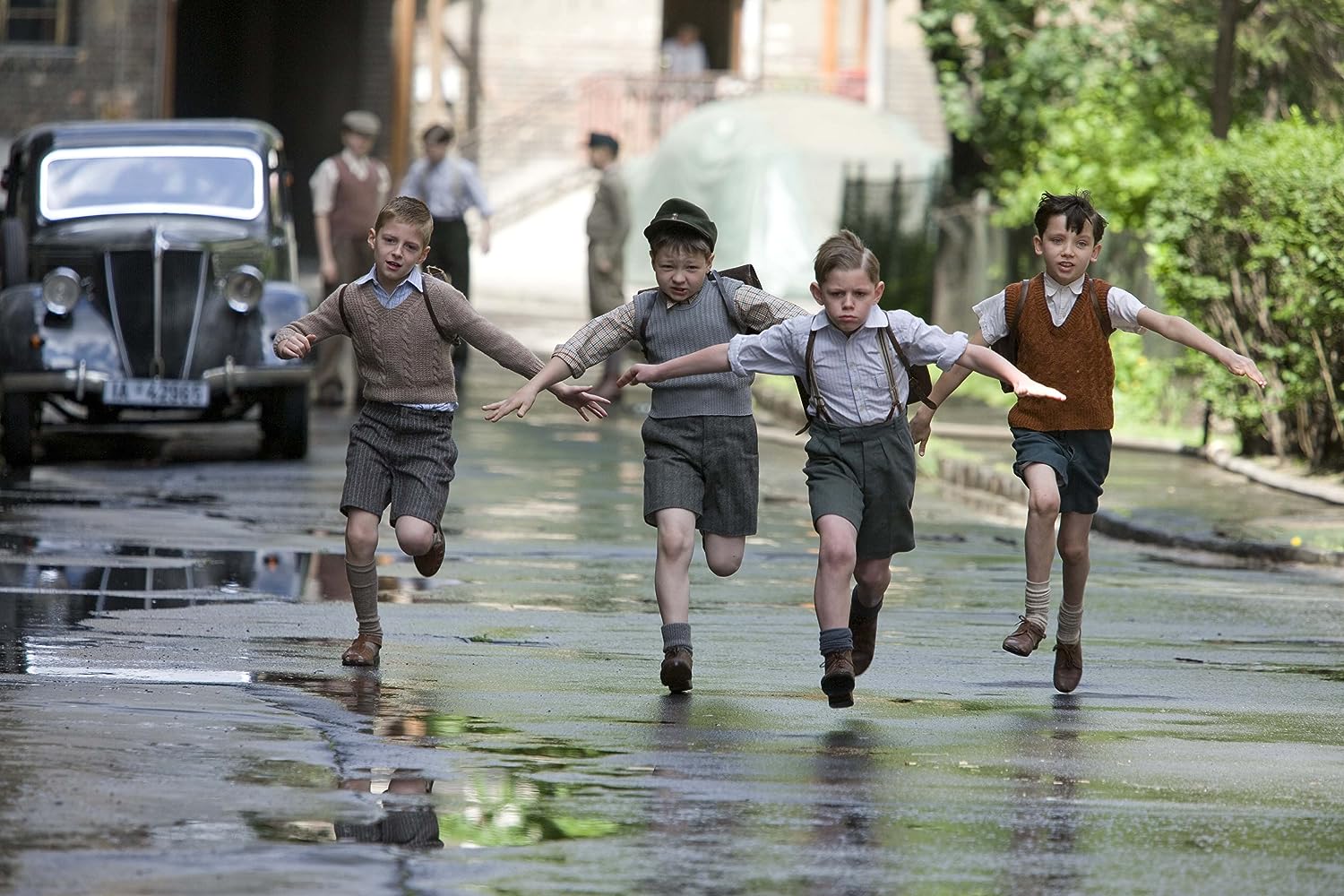 The Boy in the Striped Pajamas’ sharp, brilliant adapted script ends in heartbreak, but is bravely executed by director and co-writer Mark Herman. I won’t reveal any spoilers, but as the dramatic score intensifies, this fiercely moving and emotionally touching ending will leave tears in your eyes. Unlike those movies capitalizing on America’s raw nerve for 9/11, The Boy leaves you speechless without tugging at your heartstrings too roughly. I would easily put it on par with The Pianist and other films that deal with that revolutionary time in German history.

The wonderful script seems written directly for the young Butterfield, as it effortlessly showcases his rascally, adventurous personality. Vera Farmiga has a breakout performance as the young wife that, due to vicious laws, was not informed of her husband’s war practices. And David Thewlis is evil, with just the right amount of humility to pull off his role. And everyone dressed wonderfully, a costume design win for The Boy’s crew.

It is absolutely uplifting and heartbreaking at the same time, but it is perfectly executed.