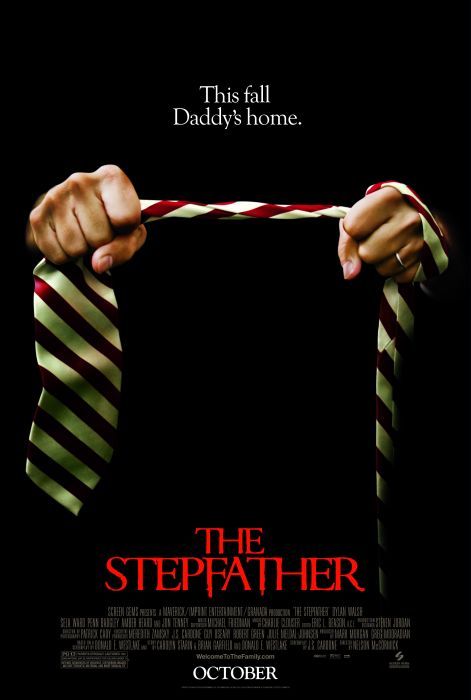 I titled a recent post “You can’t argue with The Perfect Host.” Well, that was a bit premature…“You can’t argue with The Stepfather” is much more fitting. The grabby, paranoid, obsessive man, David, is played by the charming Dylan Walsh (TV’s “Nip/Tuck”). We see his murderous ways from the very beginning, though his new family takes a bit longer to notice. His new live-in fiancée, played by Sela Ward (The Day After Tomorrow), takes the longest, and only finally realizes it minutes before the man she loves finally goes clinical…again.

Son Michael (a solid Penn Badgley, Margin Call) and his scantily-clad girlfriend Kelly (the flaunty, flirty Amber Heard) begin to discover the secrets in David’s past, but the archetypal mother never heeds their warnings. Soon, Michael decides he has to see for himself what his stepfather hides under lock in key in the basement. But of course, his stepfather never sleeps, making his attempt a failure.

The Stepfather provides a few cheap thrills, with suspenseful moments and a solid, though predictable, ending. The storm brews overhead, filling the sky with thunder and lightning and making for the usual movie of this sort. You catch yourself yelling at the characters, but in the end, you know they’ll never hear.