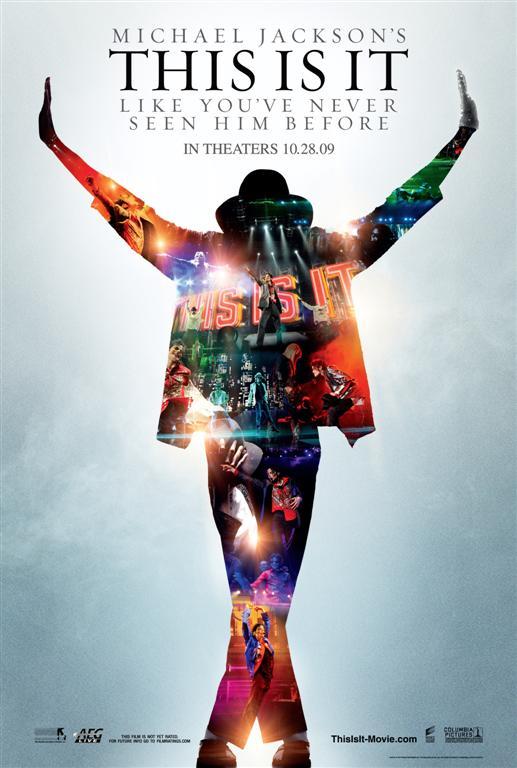 In the wake of the sentencing in the death of Michael Jackson, MTV decided to switch the mindset of the nation and remind us all of Michael Jackson’s life. To do so, they turned to 2009’s This Is It, the perfectly-timed, perfectly-edited bunch of concert outtakes.

Director Kenny Ortega (High School Musical, Hocus Pocus) released this documentary just a few months after MJ’s tragic death, and left leagues of MJ fans with goosebumps on their skin and tears in their eyes. Multiple rehearsals were perfectly edited to show an amazing behind the scenes look at MJ’s final concerts.

“This is why we have rehearsal,” Jackson says, as he commands the crew about lighting, sound, and set to make the perfect scene. It shows that he’s a person, interacting with his crew and giving a “God bless you” to each member at least twenty times. But it also showed the world that he’s a perfectionist, exposing him much like the best-selling biography of Steve Jobs did. He cuts off the crew, sometimes at the expense of a great start. But he wanted everything perfect for his final showing, it’s understandable.

Guitarist Orianthi, who has since released some popular singles of her own, shreds the guitar in songs like “Beat It,” rivaling the original recording by Eddie Van Halen. She demands attention even when the King of Pop is standing right beside her.

If you don’t like Michael Jackson, you will likely not like this documentary, even though it’s the best-selling documentary in history. The songs are wonderful and the scenes are perfectly edited (nominated by the American Cinema Editors), but if you’re not a fan of the music, you likely won’t enjoy the movie. Each individual song will be the same way. Sometime during “I Just Can’t Stop Loving You,” I said “Just stop already!” But I couldn’t help but singing along to “Billie Jean.”

We can only imagine how perfect the concerts would have been had they been able to go on, but This Is…as close as we can get. It’s a visual masterpiece, it’s brilliant.