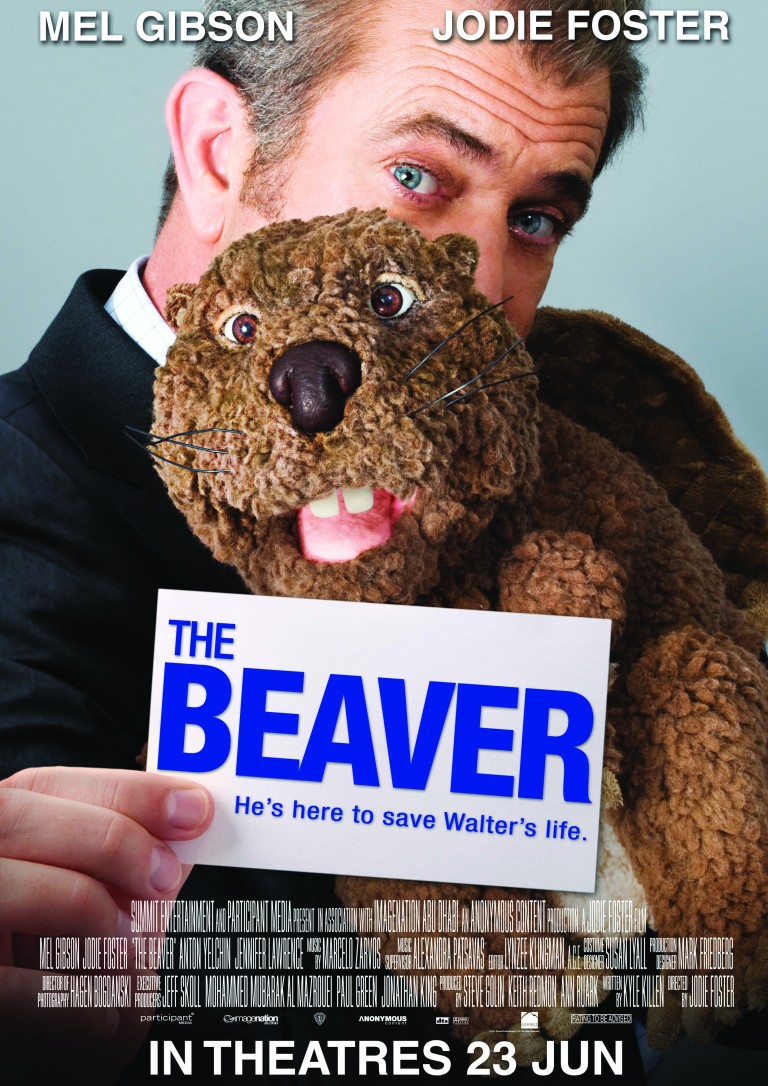 Everybody likes a good surprise. In her directorial debut, Jodie Foster gives the world just that with The Beaver. With Mel Gibson beginning to regain relevancy and Anton Yelchin basking in relevancy of his own after Like Crazy, the casting paradox that The Beaver presents is reason enough to watch.

Walter Black (Gibson) has depression after being strapped with a CEO position he was never ready to handle. After months of trying to fight it with pills and therapy, Walter decides he is a lost cause. He soon separates from his wife (Foster) and two boys (Yelchin and Riley Thomas Stewart), who simply could not handle it anymore. After finding a beaver puppet in a dumpster, Walter uses the furry friend to communicate with his family and co-workers. Eventually, the beaver wins this battle, and leads Walter to a desperate act of revenge. 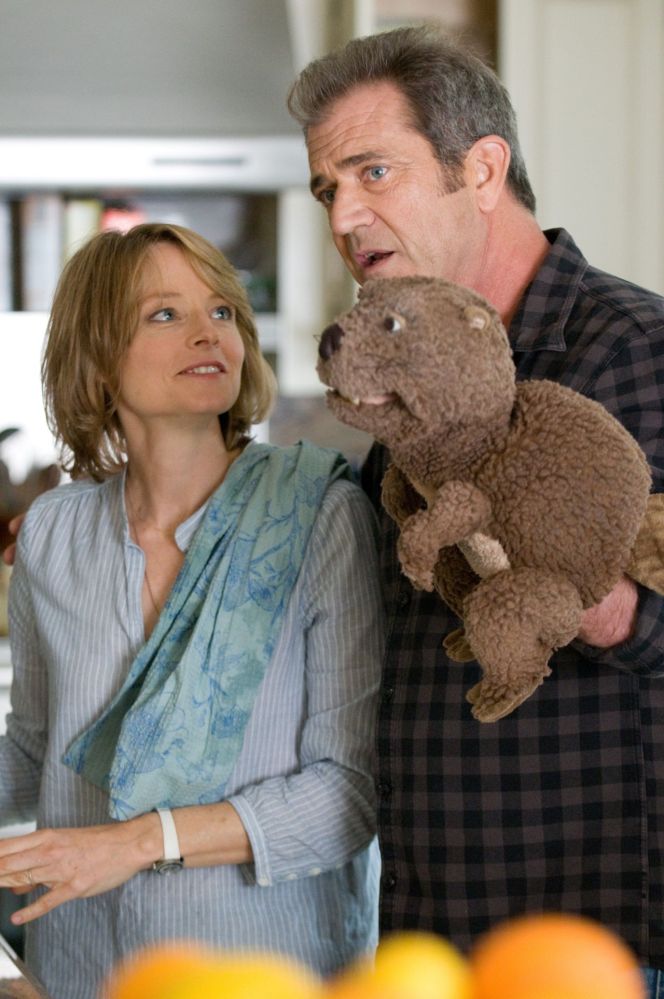 Wry humor fills this dramedy, which I can hardly call a dramedy at all. While a movie featuring a beaver puppet (who should be considered for Best Actor) may seem like a comedic idea, The Beaver tries its best to build a dramatic reputation, and it succeeds. As a battle inside Walter’s head ensues, the plot merges into a psychological thriller…seriously, hear me out. Until the end, the viewer doesn’t know whether Walter’s mind is enough to stop the almost bipolarity that he possesses in the form of the beaver, or if the beaver will take over Walter’s mind for good. It’s completely psychological in the most academic sense, and while the action isn’t very thrilling, it does leave the viewer wondering what will become of this horrible situation. The beaver never leaves Walter’s arm, as we see them at his anniversary dinner, in the shower, and having sex. Eventually, the beaver convinces Walter that he’s a dead-end and that he must forget the past and rely on the beaver, making for a creepy psychological storyline.

I’m not jumping on the Mel Gibson bandwagon just yet, but I will admit that his performance is impressive to say the least. Gibson’s Australia is showing in the beaver, who speaks in a thick accent to distinguish between himself and his puppeteer. Gibson shows a brilliant return to cinema after 2010’s unimpressive Edge of Darkness, and while his role was anything but conventional, he pulled it off like not many actors probably could. Okay, so maybe I’m starting to climb onto the bandwagon. 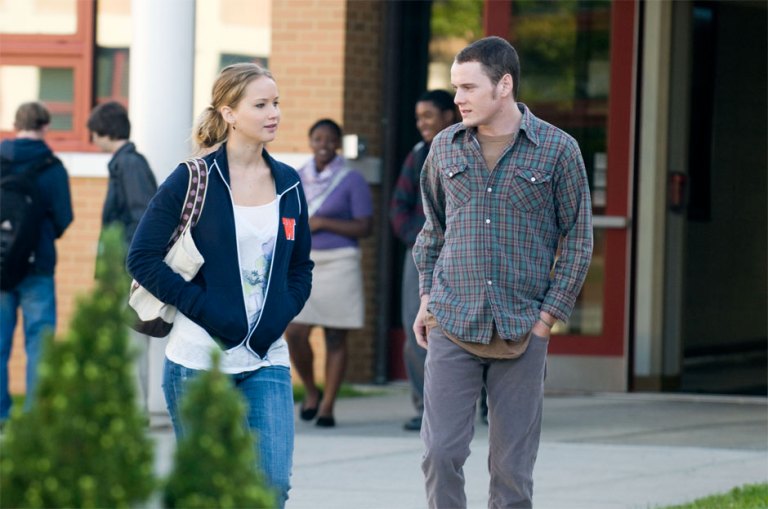 Jodie Foster, in a notable directorial debut, acts just as well, as Walter’s wife Meredith. It is not entirely surprising, however, that the 2-time Oscar winner for Best Actress can pull off virtually any role. While I haven’t seen a single movie Anton Yelchin has starred in, I find it hard to imagine his acting in The Beaver shows him at the top of his game, as Walter’s son, Porter. He seemed uncomfortable in the role as the somewhat disturbed, trouble-making high school student. And I know Jennifer Lawrence, with an Oscar nomination of her own for 2010’s Winter’s Bone, was not at the top of her game. She, too, seemed unfit for her role as the equally rebellious Norah, who was Porter’s friend and fellow misfit.

An odd choice of music, The Beaver ping-pongs between strange generic piano/techno tunes, and alternative rock sorts of songs, none of which made me think “What a great choice of music.”

Kyle Killen’s great script shows its gusto during a scene where the “Today” show’s Matt Lauer (who may be leaving?) interviews the beaver, but Gibson should also get as much credit for really pulling it off. Also, watch for the climactic scene where Walter ends the beaver’s reign over his psyche once and for all. The Beaver is surprising. It’s the best sort of cinematic surprise, when you think “A decent movie can’t possibly have a beaver puppet,” but then you realize you’re completely wrong.

6 thoughts on “Surprising directing chops from Foster in ‘The Beaver’”