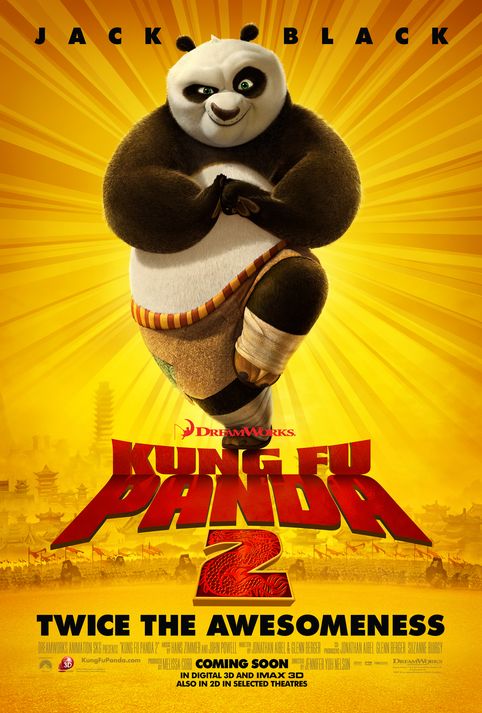 “Now, you’re willing to die to find the truth?” Lord Shen asks Po as he clutches for his life over a flaming pit. “You bet I am!” he responds, “Though I’d prefer not to…” In essence, that’s the plot of Kung Fu Panda 2, the sequel to 2008’s hit animated comedy.

Po (Jack Black), loving the stardom of being the “Dragon Warrior,” is faced with his new challenge, stopping Lord Shen (an amazing, distinguished Gary Oldman) from using his weapons of mass destruction (basically) to destroy China. Po and the Furious Five use their kung-fu mastery to stop the evil peacock from destroying the country, but when Po discovers his goose of a dad is not his biological father (shocker, I know), he has to find the truth of his existence. And the only one that knows? Lord Shen.

The sequel has almost the same comedic prowess as the first, with hilarious lines no doubt helped again by the amazingly cast voices of Jack Black, Jackie Chan, Dustin Hoffman, Gary Oldman, Angelina Jolie, Lucy Liu, David Cross, and last but certainly not least, Seth Rogen as the hysterical Mantis. Oldman’s accent adds just the right amount of class to this evil Asian avian. Black is absolutely perfect again as the clumsy, awkward Po. Hoffman is great as Master Shifu again, and the mere fact that he is in the role helps the film’s relevance.

Watch for the wonderful climactic scene near the end which brings all of the characters together for an epic battle of power, wits, and inner-peace. The kids will love the movie almost as much as the adults, but at times (like in the first) the story can get a little deep for the youngest of viewers. Comedic lines and action will surely get the kids laughing, but to understand the entire plot is to have a deeper appreciation for story-telling.

Without spoilers, I will tell you that the movie does set itself up wonderfully for a trilogy, something you can either frown upon or look forward to. I, for one, am excited for a possible third edition to the animated comedy.