“Whatever happened to the old saying, ‘Love thy neighbor’?” After Psycho and Vertigo, I knew how Hitchcock did suspense. But not until Rear Window did I realize his true genius. Filmed on a set that looks more like that of a stage play, and shot almost entirely inside or from one apartment set, Hitchcock’s contemporary style in Rear Window still captivates audiences.

L.B. “Jeff” Jeffries (James Stewart) is a photojournalist working for a popular New York-based magazine. When he breaks his leg on the job (traumatic job experiences like Vertigo) Jeffries is bound to a wheelchair in his Greenwich Village apartment. From his window, he can see the entire courtyard and all of the surrounding apartments. Visited by his girlfriend, model Lisa Fremont (Grace Kelly) and his house nurse (Thelma Ritter), Jeffries stares out his window, watching the unfolding dramas of his neighbors both day and night. Naturally, Jeffries begins to see things that don’t quite stack up. When he sees suspicious activities happening in his neighbor’s window one night, and the following nights, the cripple’s mind jumps to murder. But can everything be explained simply? And what can he do about it? He’ll see all the friendly neighborhood dramas unfold from his Rear Window. 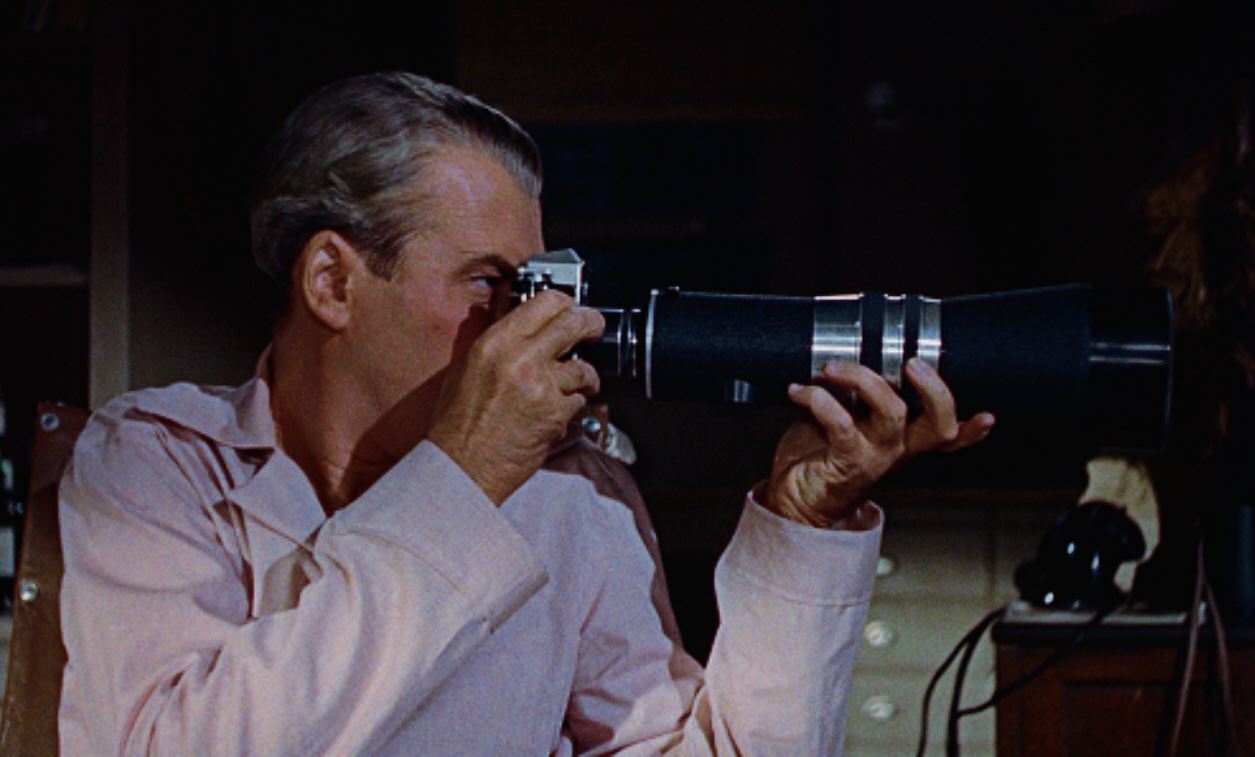 By demolishing the ground floor of one of Paramount’s giant sets, Hitchcock was able to make four or five-story apartment buildings and film them all from one window, the window of the restricted Jeffries. The set was one of the most captivating elements of the film, assisting the rare point of view, showing everything from one rear window. Near the end, about 60 seconds of the film shoots from POV’s not either inside or from Jeffries’ apartment. On the DVD extras, an interview with the assistant director revealed that the studio had hesitations of producing a movie shot from one man’s apartment window. Eventually, Hitchcock’s fame and power (I can only imagine) convinced the Davidic (to Hitchock’s Goliath) Paramount to submit to his film.

With suspense of a much different type than Vertigo, Hitchcock only gained respect by showing his range of styles. In Vertigo, suspense hides about every corner, and the surprises never end, while in Rear Window, most of the assumptions are made very early on, but the gripping, haunting plot never lets you take your eyes off the screen. Copied much less effectively by Disturbia, this brand of suspense hinges mostly on the viewers’ interest in the plot.

Using ear-pieces to radio direction to the actors in their respective apartments, Hitchcock rarely had to leave the set of the main apartment (except for, of course, when he makes his cameo, in the songwriter’s apartment early in the film). The technical know-how employed on this film is astonishing for 1954, and other amazing facts technical like that can be found at IMDb or other sites. 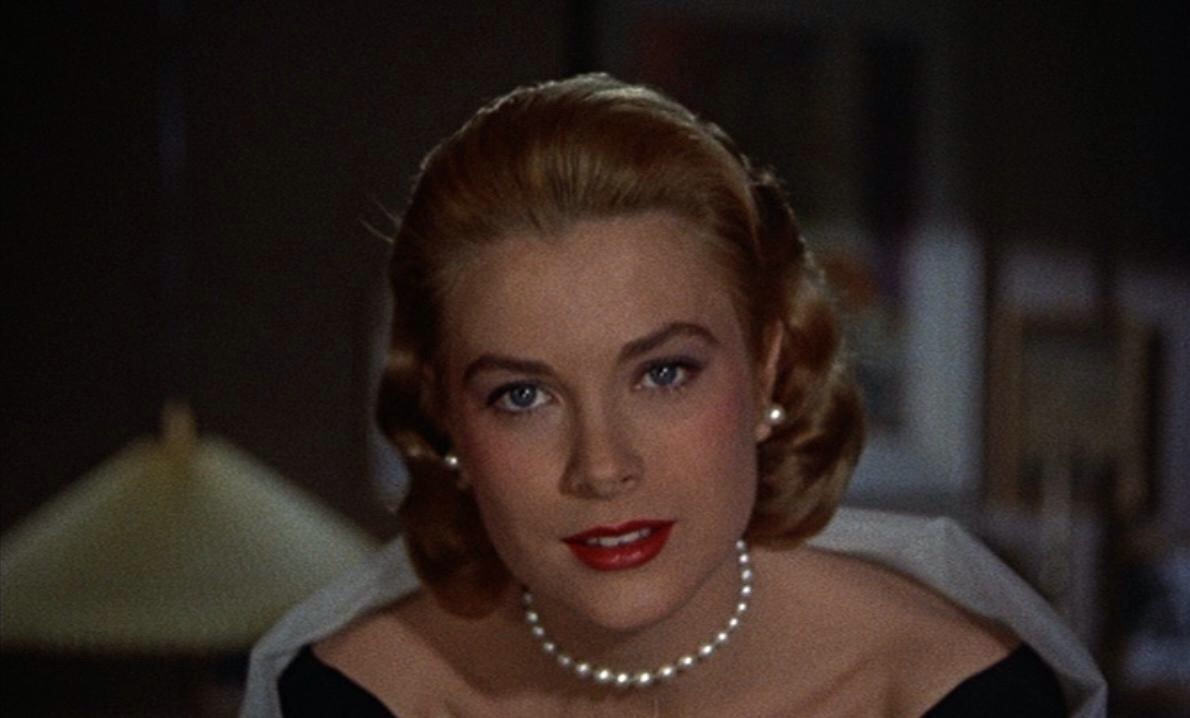 It gets tiring talking about performances of actors and actresses, mostly because it is difficult to delve deep into the specifics of what made their performance spectacular or atrocious. Stewart was great, and Grace Kelly was beautiful. She played the part of a model well, because she was used to the public loving her, and already had that persona about her. According to Hitchcock’s daughter, her father liked Kelly because she was the typical “cool blonde with fire beneath.” Stella, the house nurse, was played by Thelma Ritter. She brought humor to the script, with a thick New York accent and a unique, almost-manly wit that was much rarer then than it is now with movies like Bridesmaids that use a dry, near vulgar comedy. Hard to articulate, but a positive aspect nonetheless.

Less of a psychological thriller than Vertigo, but entirely suspenseful nevertheless, Rear Window is a sheer masterpiece from the master of suspense, Alfred J. Hitchcock, with his friends James Stewart and Grace Kelly. Do I recommend it? Definitely.

2 thoughts on “‘Rear Window’ has unmatched suspense per square foot”