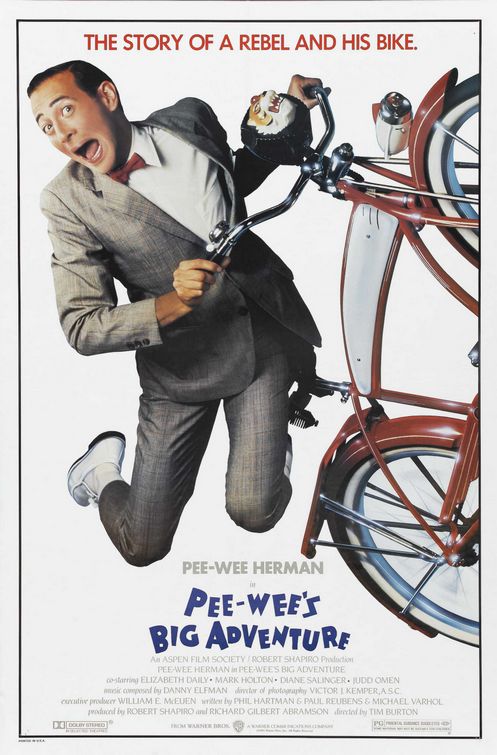 In this 1985 (really? I guess Pee-Wee really doesn’t age) slapstick comedy, Paul Reubens give us the performance of his life as one of the most famous man-children in movie history, Pee-Wee Herman. Directed by Tim Burton (Beetlejuice, Edward Scissorhands), Pee-Wee’s Big Adventure is a tale of two cities…well actually, a few of them.

When Pee-Wee Herman’s (Reubens) gorgeous, red, classic, beloved bike is stolen by an evil, childlike neighbor Francis (Mark Holton), the world of this man-child is torn apart. Following self-created, irrelevant leads, as well as a psychic, to where the bike has gone to, Pee-Wee makes his way cross-country in order to search for his bike that leads him to the Alamo and Warner Brothers’ Studio, and ends with a movie…no, really.

I mentioned that the movie is a tale of two cities. In the beginning, pre-theft and even a bit after, the movie exudes a curious, childlike humor, thanks to the script written by Phil Hartman (who wrote for SNL from 1985-89). In the second half, what we hear from Pee-Wee is reduced to his trademark laugh and some weak dialogue. While I admit, humor is sometimes difficult for movies that cover long trips (I’ll except Due Date, that was pretty good), the script took an odd, ominous-at-times turn in the second part. The second half is not entirely devoid of humor, however, as the French fries scene at the drive-in is pretty funny, and there are definitely others. 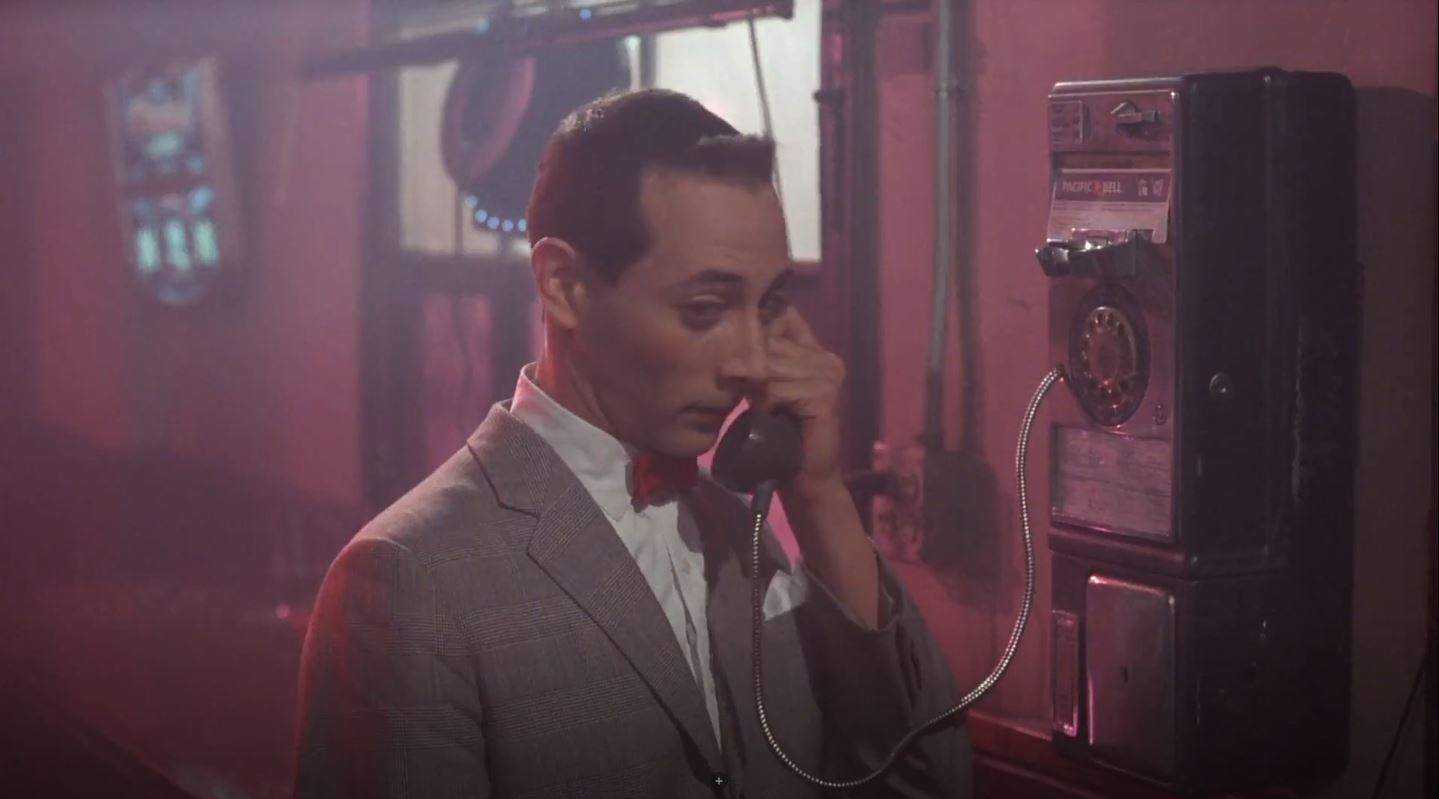 How great is Pee-Wee Herman? Really, though. His character is as unique as any in film history, and without an experience hearing his quotable quotes and trademark voice, you can’t say you’ve lived life. As his most popular and widely publicized film, Big Adventure is the perfect opportunity to see this man in action. I beg you to give it a try, it’s worth it (I just bought it for $5 at Best Buy, but you can easily rent it for $1).

With a childlike humor that Pee-Wee uses, one might assume this movie is for children. I would use caution if you child is too young, however. I love it for Pee-Wee Herman’s voice, facial expressions, and overall way of making lines funnier. However, with a few…interesting elements (much like Tim Burton’s other movies) it can be a bit of a shock to children at times. Take the PG rating lightly.

With that odd Tim Burton flare and a humor all its own, Pee-Wee’s Big Adventure is sure to delight most audiences, and it’s worth taking a look at even if you don’t think you’d like it.