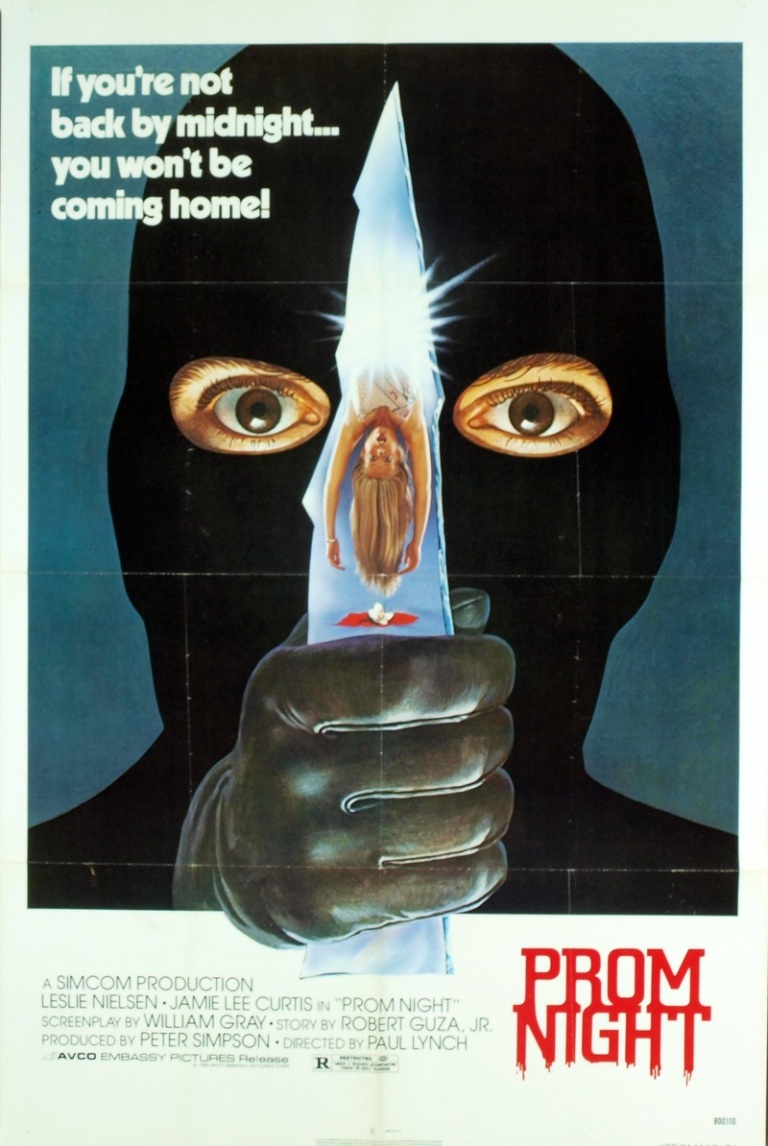 When the best night of your life turns into the last night of your life. After seeing Brittany Snow scream her head off in Nelson McCormick’s 2008 remake, I thought Paul Lynch’s (The Twilight Zone) original 1980 Prom Night had to be better. I was only half right. Full of cheesy ’80s horror movie shots and unrealistic chase scenes, Prom Night is the quintessential 1980s slasher movie…and that’s not a good thing.

When a small girl is bullied to death by a group of rowdy peers, a town is horrified. The children take a vow of silence and are not suspected, but one person knows who the culprits are. Instead of notifying authorities, he waits ten years, until the young classmates’ prom night, to seek vengeance. How far will he go to kill each of these four bullies? Will the police eventually nab the suspect?

After you’ve seen two or three slasher movies, you get to know how they work pretty quick. No offense to cultish Wes Craven fans, but I can only imagine anyone who has seen three slasher movies can probably direct a decent one. The same goes with Prom Night. The music, the cinematography, the screaming, the weapon of choice, and of course, Jamie Lee Curtis, all make for the typical slasher movie. Almost nothing about this movie stands out to me, making for a ho-hum viewing experience. I guess if you are a fan of slasher movies, ’80s ones in particular, Prom Night will be a blast to watch. But for those expecting a real thrill, these types of movies probably won’t do it for you.

I will admit, the plot is a bit more substantive than the 2008 remake, which didn’t have one. The 1980 original actually had a decent plot and a decent ending. In all honesty, it may have been better than Scream, and by far better than the terrible Screams 2-4. However, the cheesy shots were just too much for me. Multiple times I voiced my opinion at the TV, shouting “Why didn’t you run the other way, idiot??” and “See? You deserved that, maybe you should’ve run away from the guy with the ax.” It was truly frustrating.

Overall, Prom Night‘s only draw for most people is that it is the standard 1980s slasher movie, not because it breaks the standard in any way. If you enjoy movies like Friday the 13th, Nightmare on Elm Street, and Halloween, then this 1980 slasher might be for you…rent it, you might enjoy your Prom Night, unlike the children in it.