My heart is still racing, and the tiniest sounds put me on guard. I keep checking over my shoulder. And I have lost hope for any sleep tonight. These are the classic signs…I just watched the latest installment in the Paranormal Activity trilogy. From directors Henry Joost and Ariel Schulman (both directed Catfish), the third and fourth directors to take the helm in the series, PA3 stars Chloe Csengery and Jessica Tyler Brown.

Young Kristi and Katie Rey (Brown, in her first film and Csengery, from the sitcom Up All Night), the main foci of the previous two movies, first encounter the scare of their lives in this prequel, set in 1988. When mom’s (Lauren Bittner, Bride Wars) sex tape goes awry, boyfriend Dennis (Christopher Nicholas Smith, set to star in 2013’s Reluctant Fundamentalist) decides to set up multiple cameras around the house to catch all the haunted action. After the family has had their share, they decide to stay at grandma’s house…but that’s just what Toby wanted.

If I had seen PA3 before the first two, I would be forfeiting sleep for a week. But as it stands, as a viewer of the first two, I won’t lose much sleep. It’s what I said about The Hangover Part II; it would have been just as funny as the original if it had come out first. Repetition is the downfall of these two franchises. But don’t get me wrong, PA3 has its share of scares. The “imaginary friend” concept is genius, and there are a few nice additions to the demons repertoire. Plus, near the end, there is actually a twist, it might even be considered a plot! But I won’t spoil that for you.

Brown and Csengery are great in their first Hollywood production…especially Csengery, who was creepy enough to scare me more than the actual demon. Yet the real star of the movie is Toby, the invisible yet entirely terrifying demon that throws beds, people, and whatever it needs to in order to get what he wants. The movie wouldn’t happen without him, obviously. Bittner and Smith aren’t as convincing as the previous parental pairs, but the girls are shown enough that I don’t really care. 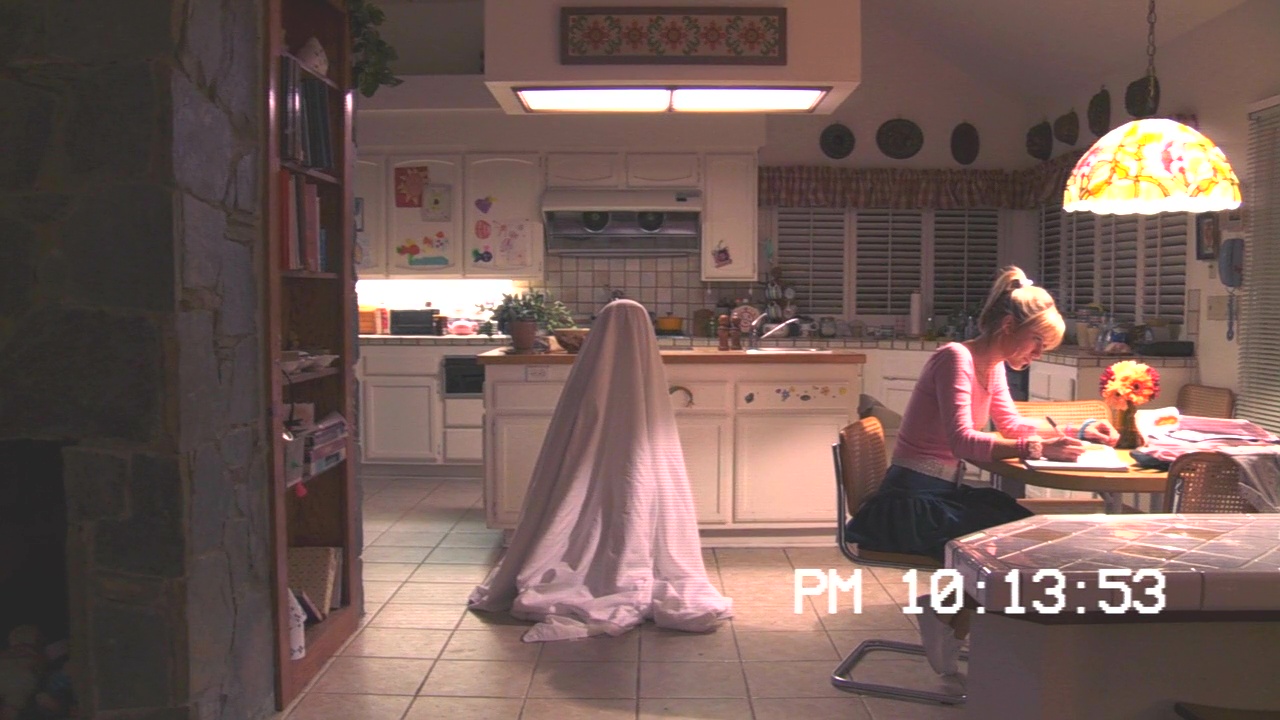 Of the three, I would say this is the second scariest, and the second best. The original, as it so happens in most franchises, is by far the greatest. It takes just as long to progress, yet progresses just as consistently (always saving the most climactic action for the end) as the first two. But don’t fear, PA3 throws some haunts in the middle, some even during the day, which–if you’ve seen the first two–are the most unexpected. If you’re in for a scare this Halloween, go see Paranormal Activity 3…if you dare.