Robert Axle, played by Kevin Spacey, is a fabricator [specifically, he’s an inventor who combines two things (i.e. night light/humidifier, ab cruncher/remote) to save time and effort] who is trying to balance the two most prominent “objects” of his life. Father of Invention, the newest (and second) motion picture from director and writer Trent Cooper, is a riches to rags to riches tale of a former infomercial superstar, featuring Kevin Spacey, Camilla Belle, and Heather Graham.

Robert Axle (Spacey) leaves federal prison, after his newest fabrication, the part ab cruncher/part remote, “malfunctioned,” leaving many users with one less finger. After being denied a bed by his wife (Virginia Madsen) and her new husband (Craig Robinson), Axle tries the home of his daughter, Claire (Belle). Needless to say, Axle starts his first night in a homeless shelter, until his daughter comes to rescue him. As Axle tries to regain his former glory, he has to face the man that took over his billion-dollar company, Steven Leslie (John Stamos), deal with his daughter’s housemates, Donna (Anna Anissimova) and Phoebe (Graham), and try to configure the greatest fabrication of his life–his family and his career.

Casting is near-perfect in the film, as all the actors and actresses seem to have great chemistry, one of the most vital fibers to making a believable film. Spacey is wonderfully cast as the M.I.A. dad that bought his family’s love with money. Belle, Graham, and Anissimova are the quintessential housemates, both accepting and distancing Axle from their home. Johnny Knoxville is a regular Jackass as Troy, Axle’s boss at Family Mart/partner in fabrication, and even breaks his leg in stuntman form. 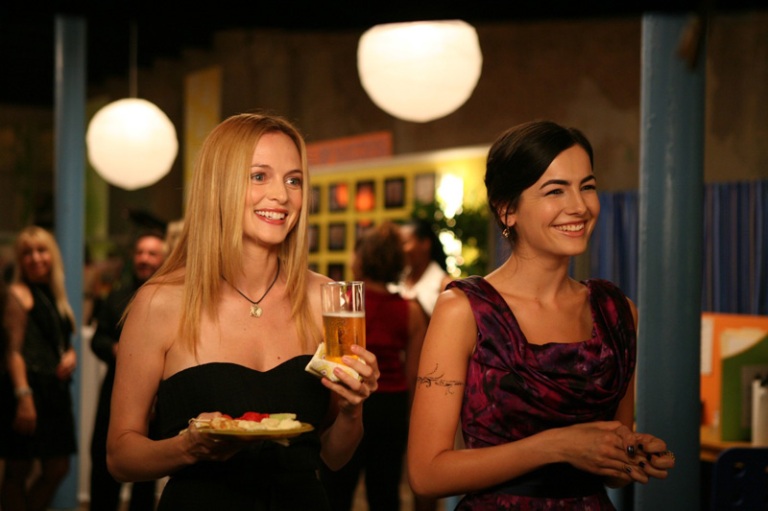 I recently read Hawthorne’s short story “Rappaccini’s Daughter,” and I was reminded of the story while watching the movie. Essentially, the film focuses on Robert Axle’s inability to know what is right for his daughter (but unlike Dr. Rappaccini, Axle eventually gets it right). Axle tries his hardest to make amends with Claire by regaining his fame, and at the same time, his fortune. He thinks that is what’s best for his child, but she thinks otherwise. What ensues is a heart-breaking comedy, one that culminates in an extremely happy (almost sappy) end. Writing a review for the movie has left me sitting here in a mess of writer’s block for quite some time. It’s not that the movie was bad, it’s just that the movie was more conventional, simpler than I expected. I enjoyed it, don’t get me wrong, but you probably won’t go away thinking “that was a great movie, I’ll remember that forever.”

One thought on “‘Father of Invention’: That Spacey movie you never saw”