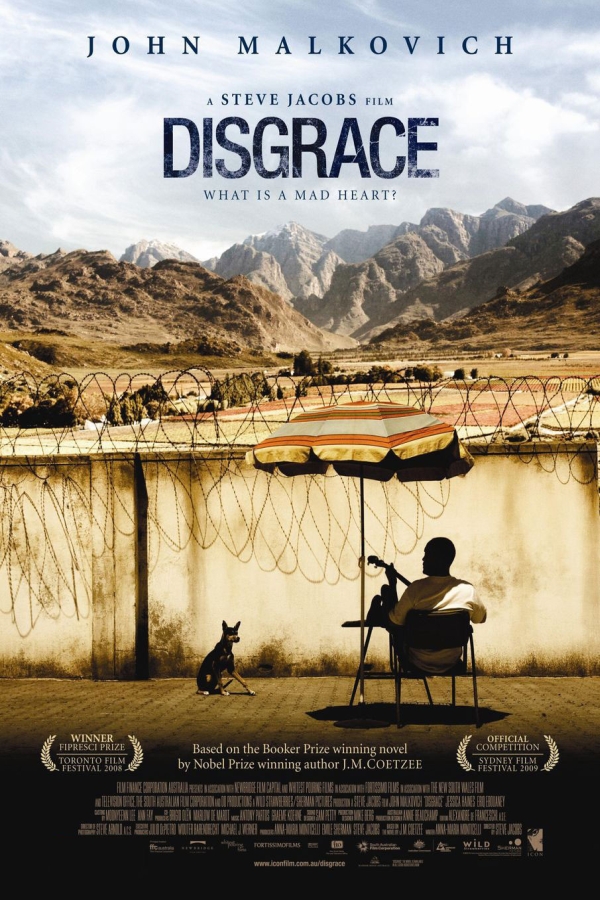 “Animals are creatures of habit” says John Malkovich, unaware of the introspection of his statement. The quote sums of a large portion of Disgrace, the drama by director Steve Jacobs (relatively unknown in American film) and based on the novel by Pulitzer Prize-winning author J.M. Coetzee. It’s a story of life, death, sin, and the racial backdrop of post-apartheid South Africa.

The plot follows Professor David Laurie (Malkovich), who teaches a romantic poetry course at his Cape Town academy. After an inappropriate relationship with a student (Antoinette Engel) forces David to retire from teaching, he moves to East South Africa to live with his estranged daughter, Lucy (Jessica Haines, in her only full-length film). Fresh off a relationship with her partner Helen, Lucy lives alone on her modest ranch. David embraces the time with his daughter, getting up at the crack of dawn to pick goods for the market with her and her farmhand, Petrus (Eriq Ebouaney). But an unexpected pillaging of the home one afternoon forces David to learn more than he needed to know about himself, his daughter, and the way life is in most of South Africa. 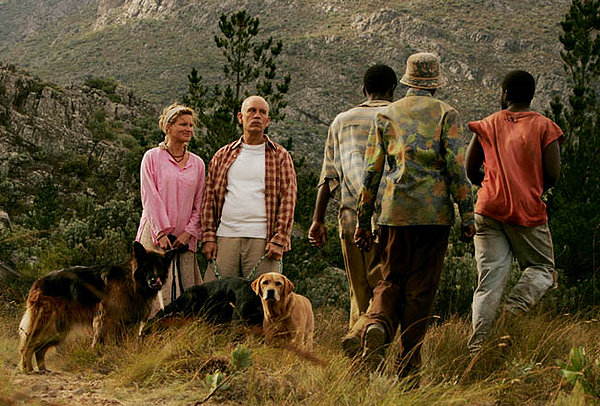 John Malkovich is remarkably creepy as David, exuding a quiet persona at times (at one point he proclaims “I’m beyond counseling.”), which matches perfectly his character. Throughout the movie, the focus seems to be on the difference between David and his daughter’s view on the home invasion, with David looking for revenge and Lucy looking to move on. The pair seems to be an allegory for the places in which the two live, with David’s home in the hubbub of Cape Town, where the outlook is clearly different than that of the bush land areas of South Africa. It’s hard not to like Jessica Haines, as Lucy, in her motion picture premiere. Haines makes her distraught, closed-off character all hers. In such a unique film, which premiered in Norway, the supporting cast is also great, all of them taking grasp of their characters. The attackers are scary, the kind older friend of Lucy’s makes me want to hug her, and David’s student love interest makes me want to hug her too…she makes me worry for her emotional health. All obviously irrational, but the best movies make you think things that can never happen.

Music, not often such an important piece of my film reviews (minus Black Swan), is credited to Antony Partos (Babe: Pig in the City). The somber sound of violins sets the moods masterfully, and the unique melodies give something more to the film. Here’s the trailer for the film, you can hear a sample of the violins I’m talking about and judge the movie for yourself…

I’d never heard of this movie when I bought it for two dollars at a local video store. I don’t want you to miss out on this great film as I did. This social commentary of modern-day South Africa paints a tragic, but hopeful story. The lesser-known film is worth seeing. Whether you take it as a warning or just more reason to rent, Disgrace has its fair share of sexual content and nudity, which is clearly the main reason for its rating. Nevertheless, Disgrace is one of those movies about life that will make you stop and re-think what you think you know about yourself.