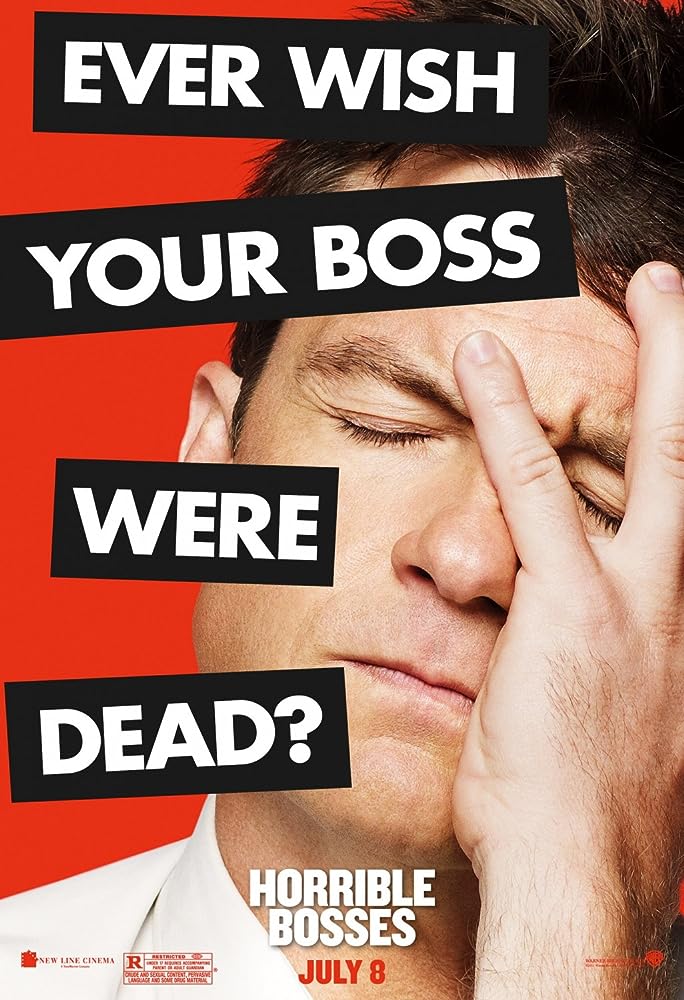 A fresh new spin on the traditional raunchy comedy is what director Seth Gordon (Four Christmases) brings with Horrible Bosses. Starring Jason Bateman, Charlie Day, and Jason Sudeikis as three frustrated workers plotting to kill their bosses, Bosses brings a bit of action and suspense that fans of such movies as The Hangover are familiar with in a comedy.

When Nick, Dale, and Kurt (Bateman, Day, and Sudeikis as the new hysterical comedy trio) decide they have finally had enough of their respective bosses, they hire a hitman (Jamie Foxx in a surprisingly comedic role) to get the job done. Their scheme doesn’t go as planned, and what comes after is an uproarious ride of twists and turns that ultimately leads to a (mostly) happy ending for the three men.

As evidenced by the interesting casting choices in the film, comedic motion pictures no longer require career comedians to be funny. Often serious actor Kevin Spacey provides some of the biggest laughs as the boss of Bateman’s character (watch for his surprise birthday party scene), and Colin Farrell is almost unrecognizable as the drugged-out boss of Sudeikis. Jennifer Aniston disappoints but doesn’t ruin the movie as Day’s boss, Julia. Jason Bateman is hilarious as always, and then there’s Charlie Day. I had never seen Always Sunny before this movie, and I thought Charlie Day was hysterical. I did try afterward to watch Always Sunny, but it didn’t translate like it did on Horrible Bosses.

While many of the jokes hit right on target (Bateman referencing Scooby-Doo to describe the mediocrity of their hitman), a few scenes will leave you wondering why they were added. Like most comedies, you can’t expect to laugh throughout, but Horrible Bosses steps up to the plate against giants like The Hangover and delivers a hit.

While many recent comedies go straight for the jugular with crude jokes, Horrible Bosses stays classy with well-respected actors like Spacey, Aniston, and Donald Sutherland, but keeps all the laughs as the others.

5 thoughts on “‘Horrible Bosses’: All work AND all play”